Pre-Nuptial Agreements – What are they?

Previous Next
Pre-Nuptial Agreements – What are they?

A Pre-Nuptial Agreement is an agreement made prior to a marriage and its intention is to set out the couple’s intentions regarding their finances in the unlikely event of separation/divorce.

Pre-nuptial Agreements are becoming more and more common; particularly as the Court is now taking a lot more notice of them than it did in the past.  Although a Pre-Nuptial Agreement is still not completely binding on the Court, it is likely to be upheld if there was full financial disclosure prior to the agreement being entered into, both parties have had the opportunity of obtaining independent legal advice, and if the terms of the Agreement are fair and reasonable.

A properly considered and executed Agreement can save a substantial amount of legal costs in dealing with financial arguments during subsequent divorce proceedings.

In order to ensure that the Agreement has the maximum possibility of being upheld by the Court, before entering into it there are a number of decisions which have to be made:-

It is important to note that if the ‘separate property’ includes a property which becomes the family home, particularly if there are children of the marriage, then a Court may well decide that the property should not be considered as ‘separate property’ even if it is referred to as such in the Pre-Nuptial Agreement.

Married couples are increasingly looking at entering into Pre-Nuptial Agreements in order to regulate their finances in the event of divorce/separation, rather than potentially having their financial positions decided for them by a Judge.  It is a way of providing a more certain future for spouses, and one which can regulate a couples’ financial position in the event of divorce without the need of entering into lengthy, costly and stressful Court proceedings. 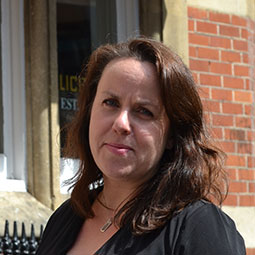 Samantha's specialities can be found on these pages;